At this resolution, you can clearly identify both peaks, these are the two points representing 0 and 1 digital levels. Remember we are transmitting a digital frequency modulated signal with two possible values, zero or one. The modulator (transmitter) will translate a digital level 1 to a frequency, and a digital level 0 to a different frequency. The demodulator (receiver) will do exactly the opposite in order to recover the original digital signal. 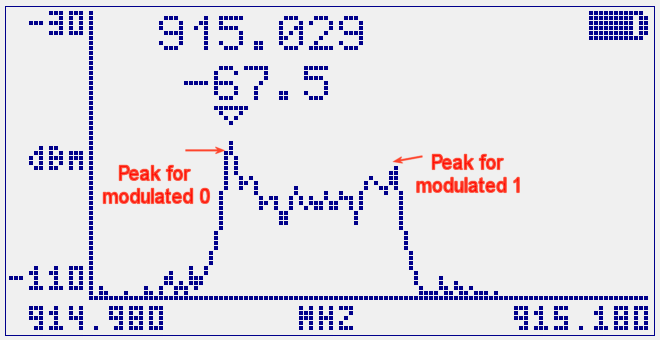